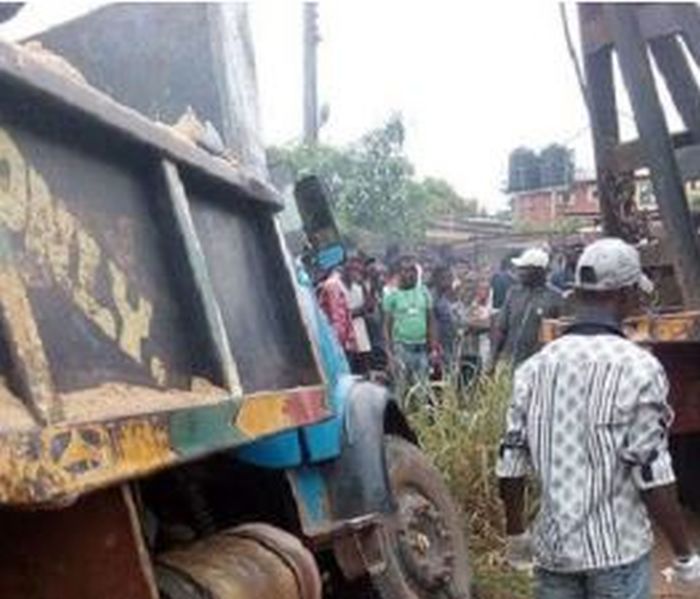 The Anambra State Sector Commander of the Federal Road Safety Corps (FRSC), Andrew Kumapayi, has said that two persons have been confirmed dead, while others sustained serious injuries as a tipper rammed into people at Upper-Iweka axis in Onitsha.

The FRSC official told newsmen in Awka that the incident happened at about 5.46 p.m. on Tuesday, as the tipper had a brake failure and the driver lost control of the vehicle.

“The accident which was caused by brake failure and loss of control involved a Mercedes Benz tipper with registration number XA44NSK.

“It was gathered that the driver of the tipper lost control of the vehicle after the brakes failed and in the process rammed into people.

“Two persons ( a girl and a boy) were confirmed dead by doctors at Toronto Hospital, Onitsha when they were rushed to the hospital.

The Sector Commander also expressed condolences to the families of the dead and equally wished the injured victims quick recovery.

He also appealed to drivers to always ensure that their vehicles are always serviced regularly, especially, their brake systems, before embarking on any trip, NAN reports