One Dies, Two Missing As Car Plunges Into Kwara River

One person has been confirmed dead, while men of the Kwara State Fire Service are still searching for two others, who were in a Toyota Avensis car that plunged into the Oko-Erin River in the Ilorin West Local Government Area of the state. 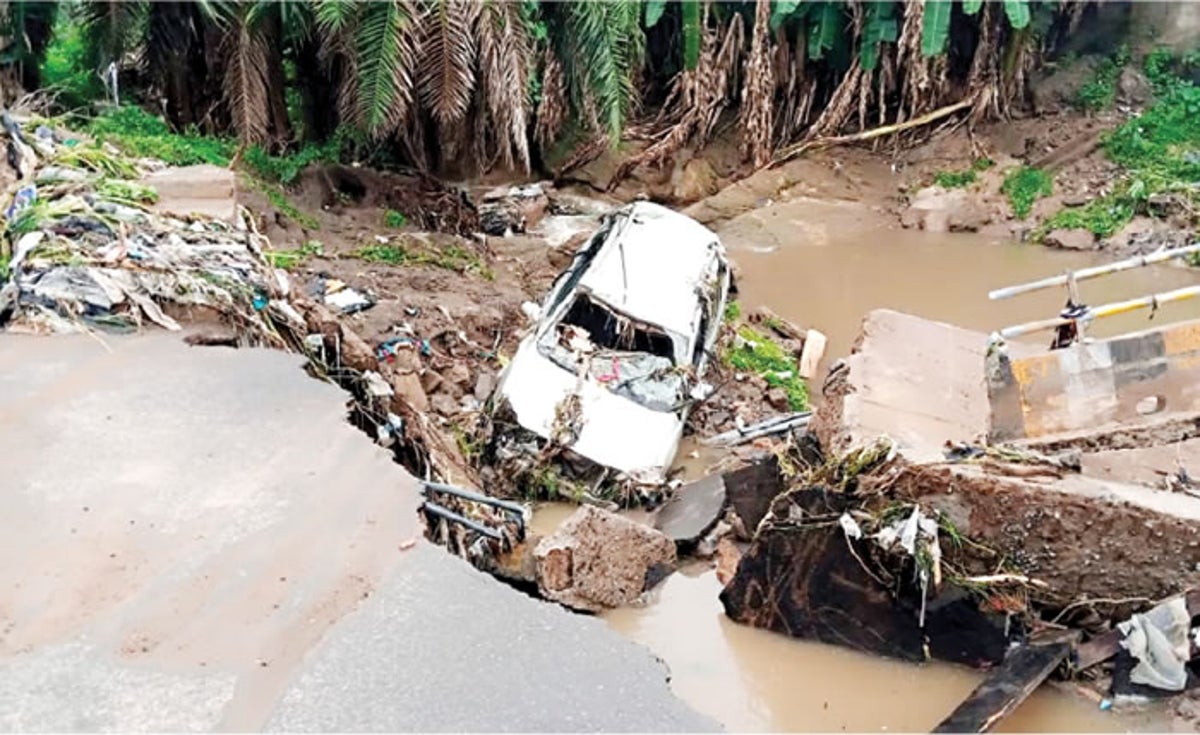 Our correspondent gathered that five passengers, believed to be members of the same family, were heading for their home in Oko-Erin in the Ilorin metropolis on Saturday, when the car they were travelling in suddenly plunged into the river at the collapsed section of the bridge, which links Taiwo Road with Osere and Sawmill areas of the town.

It was gathered that the bridge’s embankment collapsed on Saturday as a result of heavy rainfall, which started around 9.30pm and lasted several hours.

According to the state fire service, when the car was about to get to the bridge, one of the passengers alighted to check the depth of the floodwater, but suddenly the bridge collapsed and he was swept away, while two others, who also alighted from the vehicle, were swept away.

The Head, Media and Publicity, Kwara State Fire Service, Hassan Adekunle, told PUNCH Metro that when firemen got to the scene for rescue operations, they recovered the corpse of one person, identified as Okechukwu Orwabo, and had been searching for the other two men.

An eyewitness, Alhaji Raimi Agbaje, said the bridge caved in around 10pm on Saturday during a heavy downpour that lasted over two hours.

Agbaje said residents of the area were helpless because they could not rescue the victims.

“We waited for the relevant agencies to come, but the victims had been swept away and some of them had died before their arrival,” he stated.

“The Kwara State Fire Service was summoned to a rescue operation at the Oke-Erin area on Saturday around 10.30pm, involving a vehicle with five persons inside, while the bridge was submerged by the torrential downpour.

“However, one Mr Okechukwu Orwabo was found dead by the Coca-Cola Road. The state fire service will leave no stone unturned to ensure that the remaining victims, namely: Chuben Orwabo and Chibike Orwabo, are found soon.

“The service has been working round the clock to find the other two victims. The Director, Kwara State Fire Service, Alhaji Yakub Waheed, urged the general public to be careful whenever it is raining.”

The state’s Deputy Governor, Mr Kayode Alabi, on Sunday, commiserated with the families of the victims.

In a statement by his Chief Press Secretary, Modupe Joel, the deputy governor mourned the victims while inspecting the bridge in company with the Chief of Staff to the Governor, Adisa Logun.

Alabi described the incident as “disheartening as any loss of life is tragic and traumatic.”

Previous SO SAD!!! Two Dead, Eight Injured As Tipper Rams Into Crowd In Anambra State
Next It’s cars throwback time. How well do you know vintage cars? See our list of top ’80s and ’90’s cars that graced the Nigerian Streets back then. Dive in now!

Evil spirit on the highway

Maintain your car save you money