The World’s first flying motorcycle’ that transforms into £424,000 quadricopter in 60 seconds. 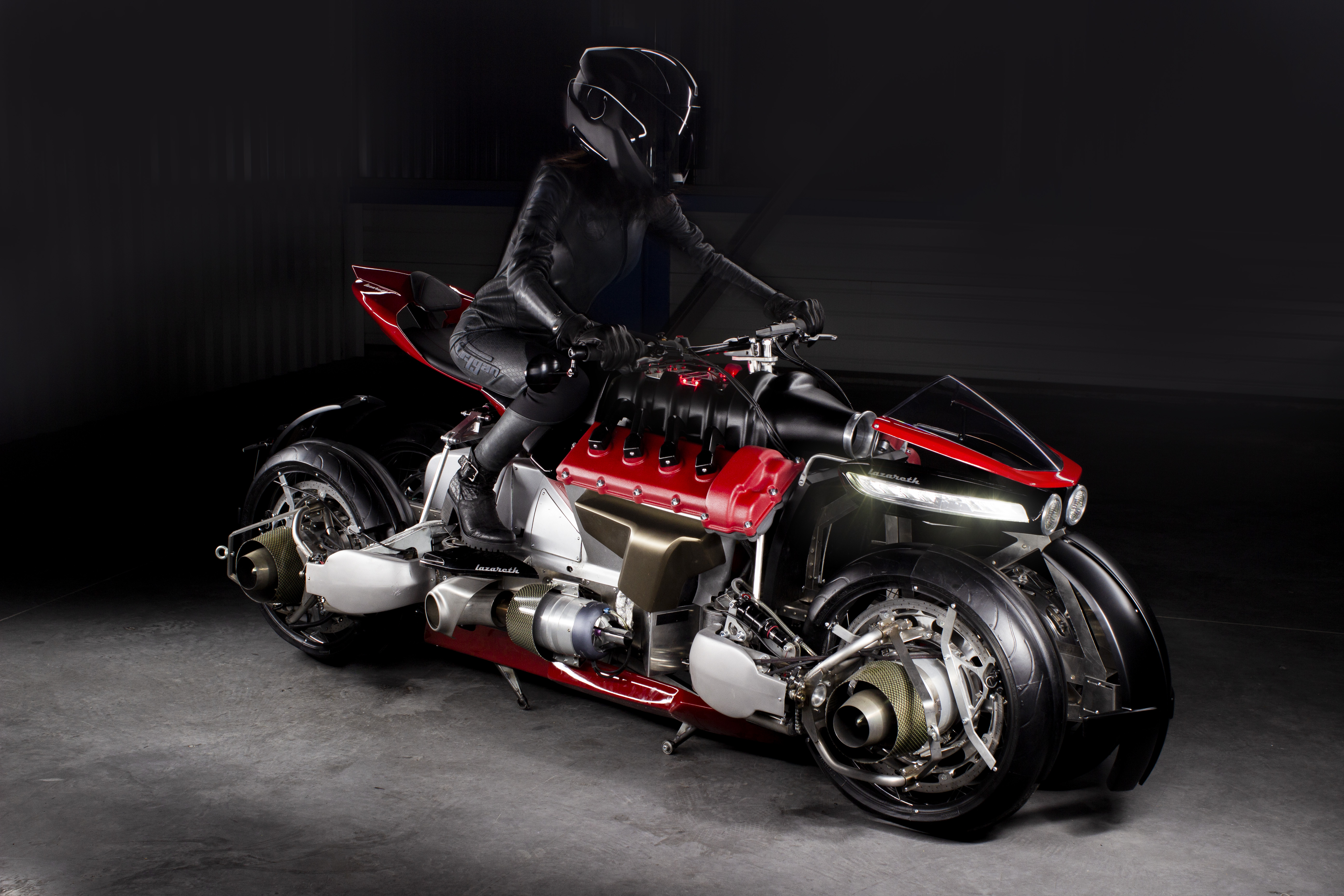 A FRENCH company has revealed their impressive flying motorcycle, demonstrating the new vehicle for the first time.

The Lazareth LMV 496 is the brainchild of designer Ludovic Lazareth and his team, and has been affectionately dubbed La Moto Volante (The Flying Bike).

The bike is thought to be “the very first motorcycle in the world that can be transformed into a quadricopter.”

And the company claims it can convert from a road-going motorbike into flying mode in around 60 seconds at the push of a button.

The flying bike has been publicly tested with footage showing it hovering in the air while tethered to a platform for safety.

Built around a beastly 470bhp engine, the Moto Volante uses jet turbines in the hub of each of its four wheels, which tilt horizontally to propel the vehicle into the air.

According to Gizmag, the Moto Volante will appear at Gitex electronics trade show in Dubai in October.

Keen buyers can make submit pre-orders at the show, with the price expected to be around £424,000.

The company said in a statement: “It’s a crazy commitment with the whole team.