A total of 58 people were also injured in the crash that happened in the Ikorodu area of Lagos.

The lagos state government has confirmed that a total of three people were killed in an accident hat happened in Ikorodu on Tuesday August 27  2019.

The trailer had lost control and skidded off the main carriageway at Asolo along Ikorodu Road before crashing into the bus on the special BRT lane, according to the Lagos State Traffic Management Agency (LASTMA).

While visiting victims of the accident at the General Hospital, Ikorodu, the state’s Commissioner for Health, Prof. Akin Abayomi, said one victim was dead on arrival while two died in the hospital due to the severity of injuries sustained. 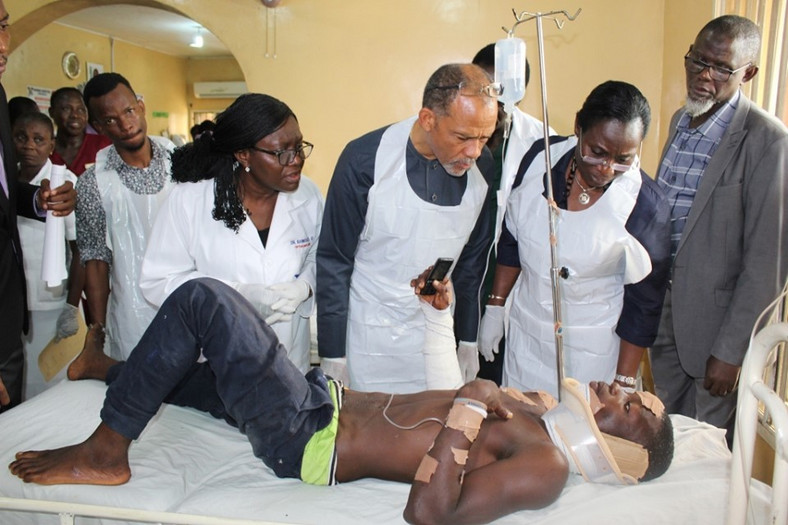 The commissioner disclosed that the government would take full responsibility of the medical bills of victims, noting that Governor Babajide Sanwo-Olu‘s administration is committed towards ensuring that Lagosians get the best health care services.

“On behalf of the Governor of Lagos State, Mr Babajide Sanwoolu who is currently out of the country, I express my sympathy to the victims of this unfortunate incidence and I assure you that the government has taken full responsibility to ensure that all victims get adequate health care free of charge,” the commissioner said.

Prof. Abayomi commended the swift action of the emergency responders who coordinated the prompt rescue of the accident victims who sustained different degree of injuries.

Five of the victims were referred to the Lagos State University Teaching Hospital (LASUTH), while three others were taken to the General Hospital, Gbagada for further treatment.